For Anybody Who Loves Working with Kids, and Loves Yoga

The 3-day Rainbow Kids Yoga Teacher Training is a comprehensive, intensive and practical certification course. Be prepared to practice and learn to teach yoga while laughing, dancing, playing and singing.

The Rainbow Kids Yoga Teacher Training is well rounded and intensive, with practical theory, discussions and TONS OF FUN! Most importantly, you will come out with immediate tangible knowledge and tons of fabulous ideas to create original, captivating and fun yoga experiences for kids of all ages, anywhere in the world.

Become a certified Kids Yoga Teacher and change the world one child at a time.

Get a Taste of the Fun and Colourful Rainbow Trainings 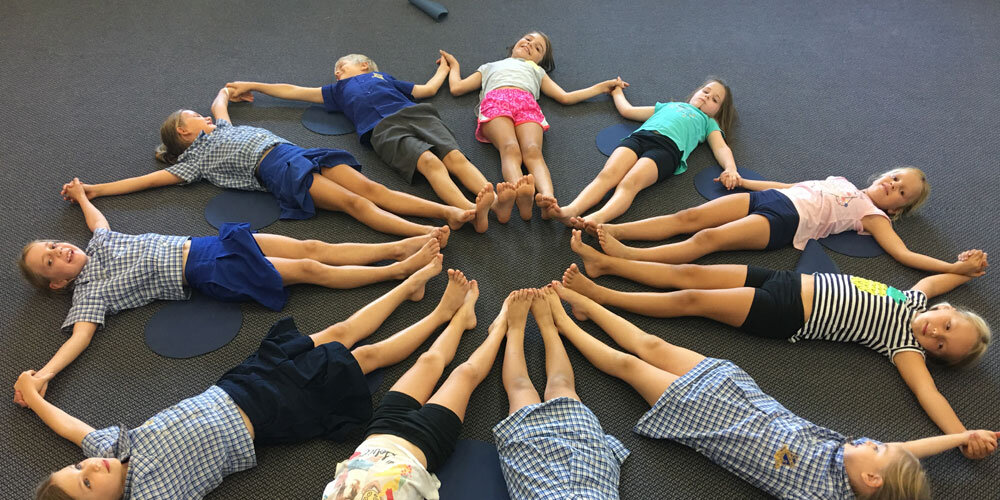 Book your spot on the Rainbow Yoga Training website and get 10% off when you use coupon code: ONEFM20

Who This Course Is For

This course is for anybody who loves working with kids, and loves yoga. For yoga teachers wanting to specialise, and educators wanting to bring the benefits of yoga to their communities and classrooms. It’s also great for parents to find new ways to connect with their children and family. Share a healthy, fun, and non-competitive movement-based activity together.

Gopala has been working to make the world a better place since his teens, first through music, yoga and meditation practice starting when he was 14. This continued with his inner work as a Hindu monk for 10 years with the Sivananda Ashrams.

Gopala has been teaching yoga for adults and kids since 1995, expanding the idea of inner peace for world peace when he opened the Yoga LeShalom (Yoga for Peace) centre in Tel Aviv.

Gopala, with his beautiful family are on a mission to spread concepts greater than yoga and inclusive of all beings. Love, community and connection are at the heart of Gopala’s intentions to create a social evolution that will bring more kindness to our interactions with all human and non-human animal friends.

Gopala is and his life partner Angel are wholly invested now in their new Rainbow Centre, a centre for social evolution, where through vegan food, social yoga, music, dance, tantra and education they are building a community that that cares to make a difference.

‘Be the change you want to see in the world’

If you have any questions about the Training or Payment options please email info@rainbowyogatraining.com

Join the community class open to all parents and kids.

AUGUST 2020 UPDATE: Classes now in studio and on Zoom! >>> Book a Class
close
Toogle Down
Go to Top